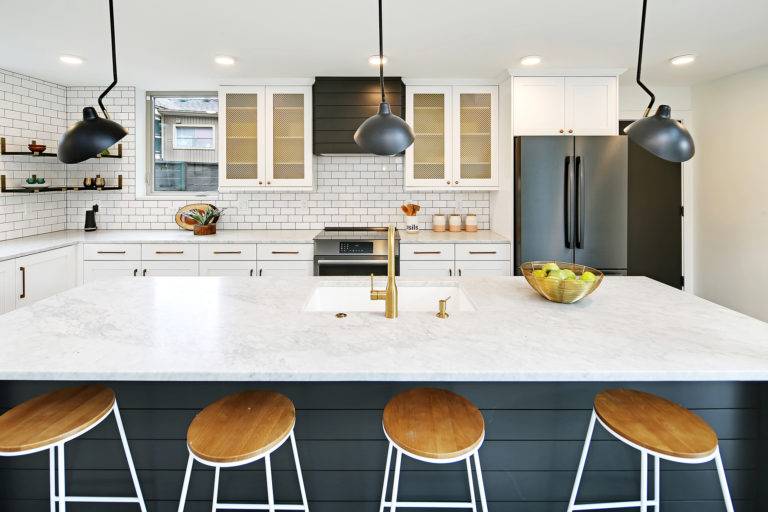 ‘Secret Sauce’: How Seattle is planning to create the perfect NHL franchise

SEATTLE — The temporary offices for the NHL Seattle franchise are in a nondescript, tan two-story building on a residential street, two blocks from the arena. If visitors ring the doorbell, staffers must scurry from their seats to greet them. Receptionist? That’s somewhere on the to-do list. Only 13 people work here now. So while the walls are filled with framed photos of outdoor hockey games, motivational posters such as Wayne Gretzky’s “You miss 100 percent of the shots you never take” mantra and, yes, whiteboards scribbled with a few options for the eventual team nickname, there are rows of empty desks.

“It’s like working for a startup,” says team chief operating officer Victor DeBonis. By the time the arena opens in 2021, DeBonis projects there will be about 1,000 on staff.

The NHL’s board of governors unanimously voted to accept Seattle as the 32nd franchise in December, but opted to begin play in 2021, not a season earlier — which gave the Seattle team the luxury of slowing down, but also a brief scare. Momentum had been cascading. Seattle had racked up 32,000 season ticket deposits for the 17,000-seat arena. “We were a little nervous that some folks might back out when they pushed it back a year,” team CEO Tod Leiweke said. In the following week, only four people dropped out. Then 5,000 more were added to the wait list.

Interest in the team feels limitless. Thank the Vegas Golden Knights, who set a new standard for how quickly expansion teams can thrive. Another factor: Seattle leadership, a group of seasoned sports executives, have challenged themselves to create a perfect team, blending a new level of fan engagement with a cutting-edge arena that could integrate seamlessly into one of the fastest-growing cities in America.

“It feels like it’s more than just an expansion team,” says Dave Tippett, who is still the only member of the team’s hockey operations department. “We’ve talked about it here — we’d like this to be a legacy franchise, a franchise that 50 years from now, everyone looks back on and says, ‘Wow, that’s the way to do it.'”

So yeah, people want in. Tippett receives, on average, two to three résumés per day. “I’ve even gotten résumés for Zamboni drivers,” he says. Let’s just say those fall to the bottom of the pile, for now.

The objective now is laying out the dream with broad strokes, and filling in the details. Here’s what that looks like.

Building out a staff

Vegas hired its general manager, George McPhee, in July 2016, 15 months before the team’s inaugural game. He spent the summer filling out the hockey operations staff and, by the fall, scouts were dispatched to games. Since Seattle was given an extra year, leadership isn’t sure if it should follow the same timeline.

“There’s an economic question,” Leiweke says of adding too many jobs on payroll two years out. “But our ownership has been awesome and said, ‘Don’t let that rule the day.'” The ownership group, which is led by majority owner/investment banker David Bonderman, already has committed nearly $2 billion — between the $650 million expansion fee, $70 million practice facility and arena, which has jumped to $850 million in costs — up $200 million from initial projections.