A high-rise condo complex under construction near Seattle’s Pike Place Market will come with an interesting perk for residents: On-demand Tesla vehicles.

Developers of The Emerald are partnering with Envoy Technologies, a Culver City, Calif. company that sets up on-demand vehicle pools for office buildings, hotels and housing complexes. Through Envoy’s app, residents of The Emerald will be able to reserve Tesla Model X and Model S vehicles “by the minute, hour, or day,” according to a press release.

Envoy is starting small, with only a pair of Tesla vehicles available for rent. However, capacity for additional parking and charging stations is baked into the project, so Envoy can increase the number of cars at any time.

Envoy has taken the idea of outfitting buildings with vehicle fleets to a new level. The company embarked on a national expansion in January, with its vehicles now online at more than 100 hotels, offices and housing complexes across the U.S.

“Seattle is a prime location to deliver innovative EV solutions,” Envoy co-founder Ori Sagie said in a statement. “Local leaders, utilities and commercial groups are increasingly recognizing the benefits of clean mobility. Seattle is one of the biggest EV markets, and as related infrastructure grows in the city, we look forward to expanding our platform.”

The Emerald is the first condo complex to be built near Pike Place in more than a decade. The 40-story building features 265 units equipped with Latch smart locksthat start in the $500,000 range.

The project is being developed by Daniels Real Estate of Seattle and Create World Real Estate, a company based in China with an office in Bellevue, Wash. The building is expected to open next year.

The Emerald won’t be the first building in Seattle to come with a fleet of vehicles. Last year, BMW’s ReachNow car-sharing service partnered with a luxury apartment building in downtown Seattle to offer dedicated vehicles for residents. BMW also tried something similar for office workers at another building downtown, but ended that test a few months later.

Seattle Mayor Jenny Durkan, as part of her Climate Action Strategy, plans to submit legislation that requires all new buildings with off-street parking (such as a parking garage) to be “EV ready.”

Meanwhile, Volta, a San Francisco-based company that installs ad-supported charging stations, has been expanding its network in Seattle.

In February, Lyft announced that Seattle would be the first city where riders can request electric vehicles and hybrids in the ride-hailing app. Lyft said Seattle was selected as the first city for the Green Mode launch “due to its high volume of hybrids and EVs” already on the platform. 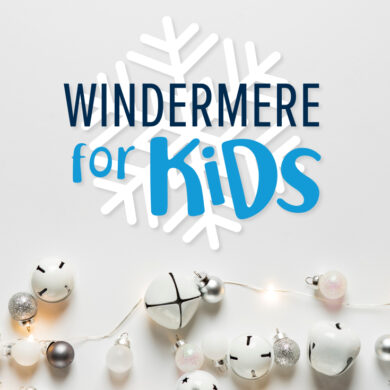