The spring home buying season started early this year. Open houses had increased attendance and bidding wars returned. After months of softening, home prices in most of the region jumped significantly from the prior month. With just one month of data, we’ll have to wait and see if this is the start of a longer upward trend.

The Eastside was one area of King County that continued to see prices moderate. The median price of a single-family home on the Eastside was $900,000 in February, a drop of 5 percent from a year ago and down slightly from last month. However, supply here isn’t nearly enough to meet demand, a fact that most likely won’t change any time soon. Amazon’s latest expansion in Bellevue is expected to bring a significant wave of new employees to the city.

The median single-family home in King County sold for $655,000 in February. While up slightly less than 1 percent year-over-year, it was an increase of $45,000 over January.  Southeast King County, which includes Kent, Renton and Auburn, saw the greatest gains with prices rising 4.5 percent over the previous year. While inventory has grown, it is less than half of the four to six months that is considered balanced. 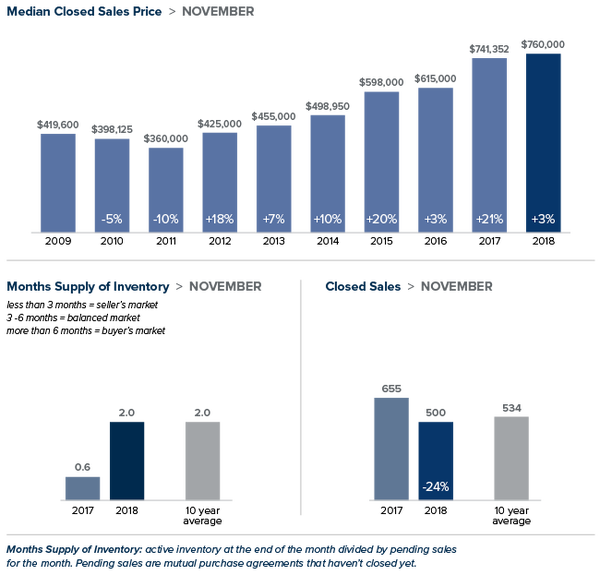 More inventory and low interest rates helped bring buyers back into the market. The median price of a single-family home in Seattle hit $730,000 in February, down 6 percent from a year ago, but up $18,500 from January. With just six weeks of available supply, Seattle continues to have the tightest inventory in the county. Seattle’s record development boom shows little signs of easing, so we can expect strong demand to continue. 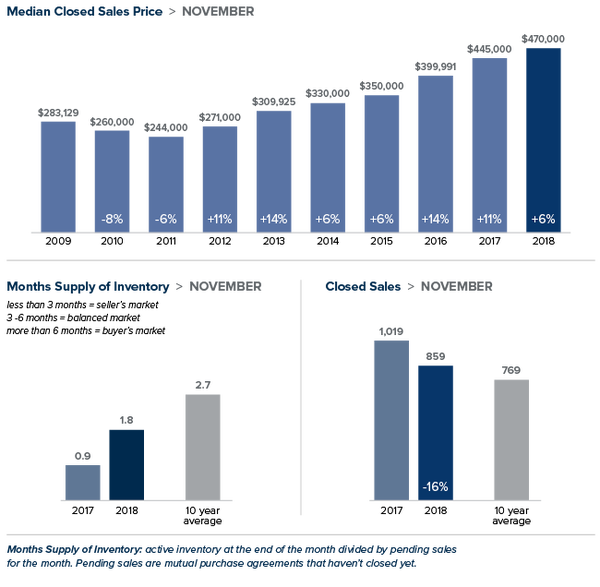 The median price of a single-family home in Snohomish County reached $474,947 in February. Although that is a 2 percent decrease from last year, it is $5,000 more than January. As buyers push outside of King County to search for more reasonably priced homes, Snohomish County continues to struggle to find enough inventory to meet growing demand.